Articles Projects Newsletter About Dark
Parallelizing for loop in python with MPI.

Parallel computing is necessary for venturing into the world of high performance computing. Parallel computing as the name suggests allows us to run a program parallelly. The preferred language of choice in our lab is Python and we can achieve parallel computation in python with the help of ‘mpi4py’ module. This comes with the standard installation of FEniCS, so if you have FEniCS installed on your system then you can directly work with MPI.

This post is based on my very limited understanding of the working of parallel programming, so if you find any error kindly let me know in the comments below. Now, some basics.

MPI stands for Message Passing Interface which is meant to be a tool to pass messages among various processes to carry out certain task. Processes corresponds to the physical cores available in your system. You can look for the number of cores available in your own computer by going into the task manager (On a windows computer) and looking for it in the Performance tab.

On my system, I have 6 physical cores. This means that I can parallelize my code to a maximum of 6 processes. Now the question is – how to achieve that with python?

Before that we need to understand a bit about MPI and its terminology. 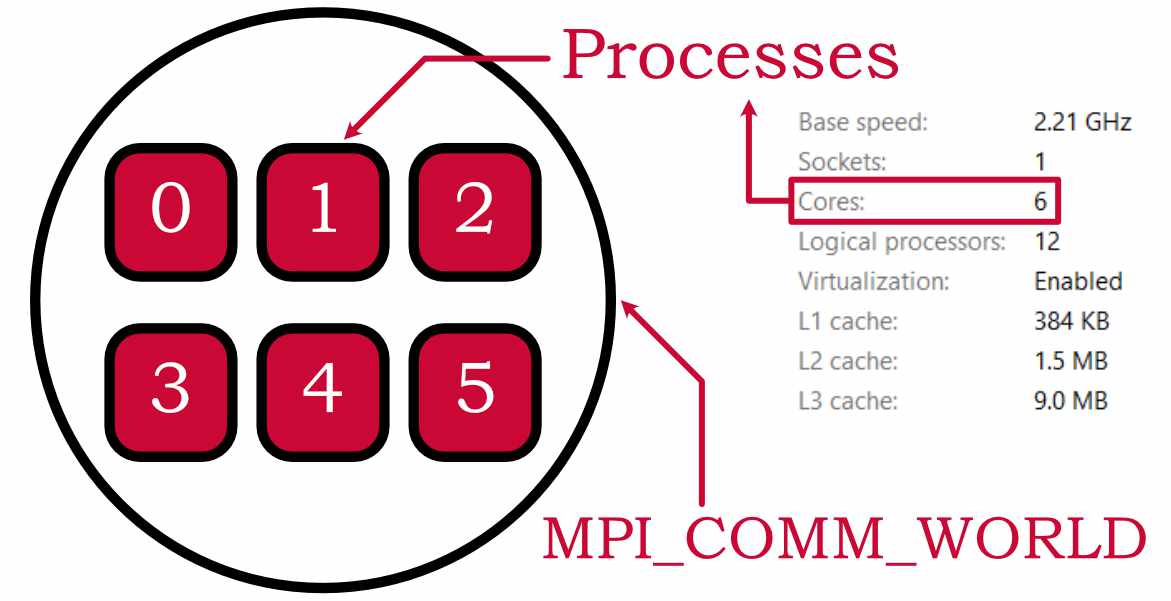 World Size: This would tell the program about the number of processors available in the world.

Processor Rank: This is a unique number assigned to each processor inside the world. The numbering starts from 0 as shown in the above figure.

Barrier: As the name suggests this acts as a barrier in the parallel execution. This forces MPI to execute all the commands before the barrier by all the processes. This is required in the situation where you need a certain variable generated by the program in all processes. This will become clear in the example presented below.

How do you run a script in parallel?

You can run any python script with MPI by typing the following command in terminal:

This will tell MPI to run test-parallel.py on 6 processors. The thing to understand here is that even though you are running the program on 6 processors, you are not actually doing parallel computations. You are just doing the same computation 6 times. To actually do parallel computations, you need to manually split the code to work parallelly. When you type the above command the system creates 6 different copies of the program file and sends it to 6 different processes. 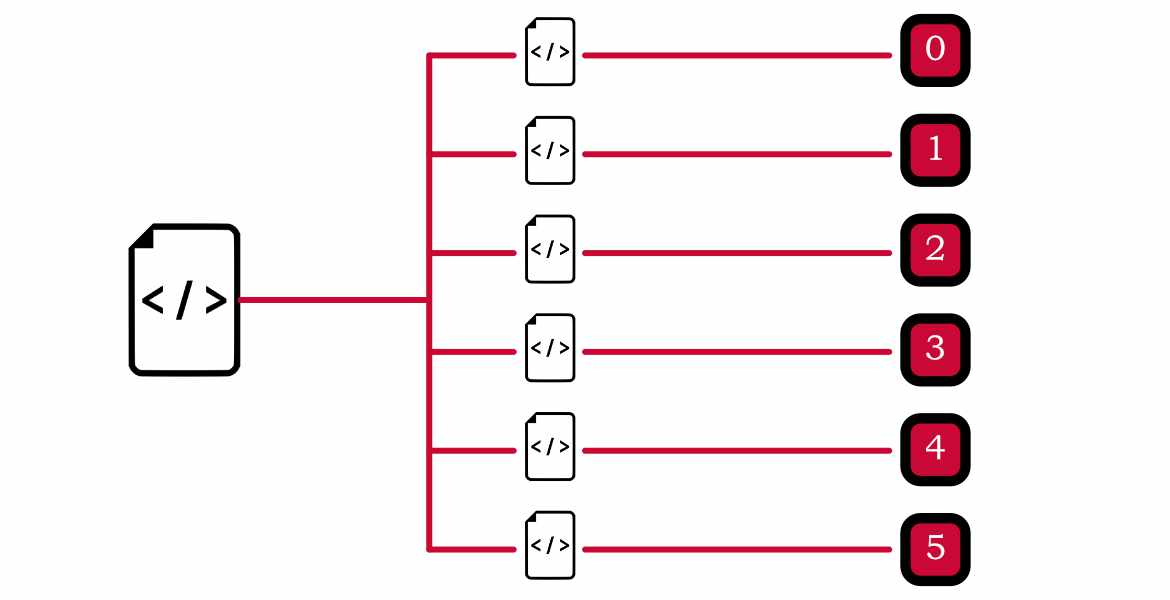 Based on this information we can modify our logic to run on multiple processors. This simple program sums the numbers from a to b and gives us the result. This logic is parallelizable. We can split the whole domain of calculation into the number of processors available and then add the numbers in that domain. Finally, we can add the results of all the processors. The program below is self-explanatory and you can run the same on your machine with the help of mpirun command.

The only thing to notice is that the input to the loop changes according to the the processor number (rank). Thus instead of looping b times, each processor has to loop only num_per_rank times.

Running the above script on a single core result in the following output:

Thus we have achieved almost a 3.5\(\times\) boost in speed by running the code in parallel. Now, this was a trivial example but in real calculations, we can expect greater speed boosts. I hope you have understood the working of the command mpirun. If you have any doubts feel free to ask them in the comments.